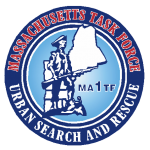 Guidelines for Emergency, Gross, and Technical
Decontamination of the Search and Rescue and
Disaster Refugee Equid

Equids have been utilized in search and rescue, as well as military operations in both our country and in lesser developed theaters of operation. They have been used as beasts of burden for centuries in order to transport people and cargo to areas inaccessible to motorized, wheeled conveyances. As such, they are exposed to a variety of environmental contaminants ranging from benign dirt to residue from chemical, biological, radiological, nuclear, and explosive (CBRNE) substances – all of which may be life-threatening. In remote areas of military operations, horses, mules and donkeys have been used in the carrying out of unit operations in areas not amenable to mechanized operations, as in Afghanistan. They are encountered during natural disasters like floods, hurricanes, and earthquakes, as well as man-made accidents like fires, explosions, radiological accidents as is currently ongoing in Japan, and terrorist events. These contaminants may come in several different forms, including solids, liquids, powders, and gas. Search and rescue operations involve the sorting of collapsed materials, aerosolizing any hazards that may otherwise settle during a deployment. Working without the personal protective equipment that humans use, a search canine’s risk of exposure is increased. In addition, many hazardous materials are heavier than air and tend to pool low to the ground, where canine exposure is high.

These contaminants may come in several different forms, including solids, liquids, powders, and gas. Search and rescue operations involve covering large areas, some
remote, as well as urban settings where collapsed materials may have aerosolized any hazards that may otherwise settle during a deployment. Working without the personal protective equipment that humans use, an equine’s risk of exposure is increased. In addition, as equids are grazing animals by nature, and many hazardous materials are heavier than air and tend to pool low to the ground, the equine’s risk of exposure is elevated.

Decontamination of animals is an important component of responsible emergency response management and is a recognized part of an emergency response plan. The
importance is for the health and well being of the animals affected as well as the humans to whom they may transmit hazardous materials.

This paper is designed specifically as a guide to the practical, day-to-day operations of providing a means of decontaminating an equine in the variety of situations that may occur. Hazmat -related information on contamination detection, avoidance, and identification are covered elsewhere by multiple sources. Common hazards and equine medical issues are touched on briefly, with greater detail also available elsewhere.

Over the past twenty years as an emergency medicine and surgical clinician at various referral institutions, I have gained an appreciation for the particular challenges in working with and decontaminating large animal species. I wish to thank Lori E. Gordon, DVM of the Massachusetts Task Force 1 Urban Search and Rescue team, with whom I am honored to be a long-term acquaintance, for the invitation to be involved in this important project aimed at expanding decontamination protocols to include our large animal friends. It is upon her previous work outlining decontamination protocols for canine search and rescue teammates which a huge part of this treatise is built.

When discussing decontamination there are two basic levels: gross decontamination and technical decontamination. Whether one, the other, or both are used is dependent on the particular contaminant or hazardous material involved. Having a system on site with the ability to adapt to a range of needs, from benign to emergent, is important. This will allow protection and provide safety to the equines, their handlers and partners, and especially everyone else around them. Due to their size and speed when evading a perceived threat, equids are inherently dangerous to persons in the close vicinity to their decontamination area and all persons should be aware of their movements.

This process involves an established corridor, specific stations, and detailed guidelines designed for complete removal of contaminants, leaving no residual hazard, and addressing the medical needs of victims and responders as needed. This is a meticulous process to remove as much contaminant as possible utilizing several methods such as brushing, vacuuming, desorption, absorption, washing, chemical detoxification, chemical neutralization, and others.

NOTE: The need and ability to medically treat an equid before reaching the decontamination corridor is based on several factors: a life-threatening status, medical personnel presence within the hot or warm zone, on site medical supplies, and safety of involved personnel.